Supersonic F-16 Fighting Falcon is one of the most common multirole fighters. The production has already significantly exceeded 4,000 air fighters and still continues. The original draft was made by the company General Dynamics (nowadays Lockheed Martin) as a reaction to the U.S. Air Force’s programme LWF (Light Weight Fighter), which served as a searching platform during 70s.

The first prototype YF-16 took off for its first flight from Edwards Air Force Base in California on January 20, 1974. In June 1975, the governments of Belgium, Denmark, Netherland and Norway decided for common purchase of F-16A (single-seater) and F-16B (two-seater), which should replace F-140G Starfighters. Almost all fighters were made licensed at the company SABCA in Belgium (for Belgium and Denmark) and at Fokker in Netherlands (for the Netherlands and Norway). The first fighter was deployed into these countries’ service during 1979 and 1980. Currently, the planes of all four air forces are undergoing modernization to the standard version F-16AM and BM and are getting closer to the newest versions F-16C and D block 50 with its equipment. 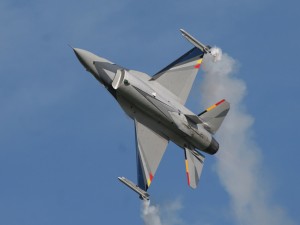 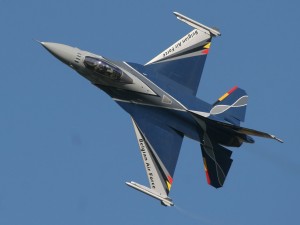 The fighter has Pratt & Whitney F100-PW-220E as its initial powerplant for the single-engine F-16 rated at 107.4 kN thrust. The basis of its equipment is represented by M61A1 Vulcan G-barrel Gatling cannon, range 20 mm. It is also possible to hang various anti-aircraft and anti-ground controlled missiles, laser-guided bombs and radio-electronic reconnaissance containers to the racks under the wing and to the fuselage besides additional fuel tanks. 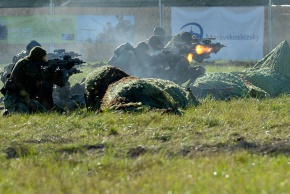