Presentation of foreign ground forces equipment has already become an integral part of NATO Days in Ostrava & Czech Air Force Days, however, for the first time in history of the event there will be main battle tanks of two foreign participants. Whereas the US M1A2 Abrams will be seen at the static display, the German Leopard 2 will also take part in a dynamic display.

This meeting offers visitors the unique opportunity to compare a pair of the most used equipment of its kind. Despite its development at the turn of the 1970s and 1980s, these tanks have maintained their place among armed forces of various countries in the world thanks to, besides others, number of modernization programmes which have contributed to their ability to be used also in modern conflicts. 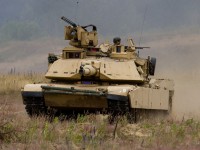 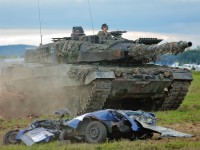 “We are pleased that presentation of foreign ground forces equipment has been expanding at our event, not only by the Special Partner Nation, but also neighbouring countries and partners. And the unique participation of main battle tanks of two foreign participants at this year's NATO Days is proof of that. In addition, the German Leopard 2 will take part in a joint dynamic display alongside with its Czech counterpart, T-72M4CZ, and the US M2 Bradley infantry fighting vehicle where they will demonstrate their combat activity,” appreciates Zbyněk Pavlačík, chairman of Jagello 2000.

Whereas M1A2 Abrams represents the US branch of the main battle tank technological development and is operated, besides the United States, only by non-European countries, for example, Australia or Egypt, the German Leopard 2 has found its usage mainly among European armed forces. Both tanks carry 120mm cannon, high resilient armour providing protection against, for example, anti-tank mines or improvised explosive devices, and use modern digital systems for firing control, laser targetting or electronic warfare.

Both main battle tanks have received precious combat experience as well. Whereas M1A2 Abrams took part in the First Gulf War or invasion to Iraq, Leopard 2 has been deployed to operations, for example, in Kosovo and Afghanistan. 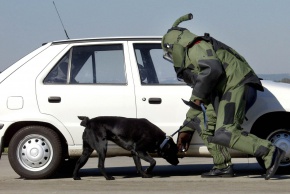 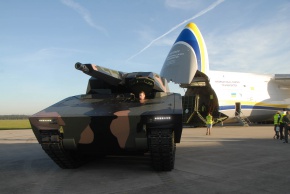