This year’s Special Partner Nation’s presentation will include not only its army and armed forces. Germany will present also its Police, Customs Service, Rescue Service and other units during the NATO Days in Ostrava & Czech Air Force Days. Moreover, they will emphasize the international cooperation with the neighbouring countries, such as the Czech Republic.

In total eight German services will arrive at the Leoš Janáček Airport. Besides the Air Force, Army and Navy, there will be Joint Support Service Command, Customs, Police, Federal Agency as well as the Technical Relief and German Red Cross.

„Anyone can notice how big is the static display area of the Germany in the public maps on our website. This is totally unprecedented, Germany will arrive with more than 50 equipment,“ says Zbyněk Pavlačík, CEO of Jagello 2000. „The value of their presentation is underlined by the emphasis on the international cooperation between our countries.“ 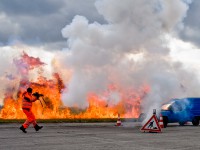 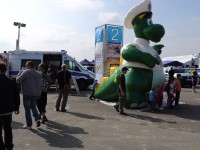 The German Customs Service, Zentrale Unterstützungsgruppe Zoll (ZUZ), will show off in the joint dynamic display with their Czech and Slovak counterparts. The ZUZ already presented unforgettable stopping of vehicle with a fire wall at NATO Days in 2011.

Further, the Saxon Police plans to display their equipment altogether with their colleagues from the Czech Ústí Region. Incoming visitors can see the service boat as well as the armoured vehicles which are used during the counter-vandalism.

Besides armed security forces, the exhibition will also include the German Red Cross tent alongside with the Czech Red Cross presentation. People can look forward to see their rescue vehicles for every terrain, including cars, mountain ATV, water rescue-sled and the multipurpose and rescue boat. 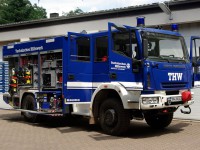 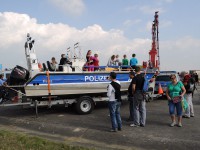 The Czech visitors will probably not be familiar with the Federal Agency for Technical Relief, (Technisches Hilfswerk - THW), which is used in Germany to cope with nature disasters. Their presentation will be spectacular not only for adults, but also for children: besides multipurpose vehicle, THW will bring a jumping castle.

„According to our information, this presentation will be the greatest one at the former Czechoslovakia territory. If we look for some comparison in connection to our event, the number of the German personnel will be higher than the number of participants at the very first NATO Day in 2001,” Pavlačík concludes.