This year's NATO Days Partner Nation will be Romania

Romania has taken on the role of a Special Partner Nation of this year's NATO Days in Ostrava & Czech Air Force Days. Romanian Prime Minister Viorica Dancila announced this during her visit to Prague. Visitors to the event can look forward to a significant participation of Romanian armed and security forces at Leoš Janáček Ostrava Airport venue. 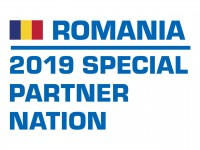 "Romania has accepted an offer to become the Special Partner Nation of NATO Days in Ostrava & Czech Air Force Days," said Viorica Dancila during a meeting with Czech Prime Minister Andrej Babiš in Prague. But she did not reveal what equipment and units will Romania send to the two-day show in Ostrava. However, Romania wants to present the capabilities and resources of the air and ground forces, as well as the equipment of the Interior Ministry’s department for emergency situations. 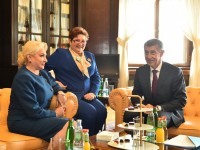 The Special Partner Nation concept was introduced for the first time by the event's organizers in 2014, when Poland had this role, it was taken over by Sweden a year later. Germany presented its armed forces on a large scale in 2016, Slovakia was the Partner Nation in 2017 and the United States last year. Romania is thus the sixth Partner Nation. Within Europe, it is an absolutely unique concept of support that other security events and air shows do not have.

“It is an honour for the Czech Republic that Romania will present itself on such a large scale at this important military-civilian event. This is the first time that the prime minister of the country has announced the partnership directly and during the official negotiations,” said Zbyněk Pavlačík, Chairman of Jagello 2000, who annually organizes the largest security show. According to him, this illustrates the prestige of NATO Days in Ostrava. Pavlačík recalled that this year both countries celebrate 100 years of bilateral diplomatic relations, NATO's 70th anniversary and 30 years since the fall of communism. In addition, the Czech Republic celebrates 20 years of Alliance membership.

The alliance between Czechoslovakia and Romania was already in the interwar period under the so-called Small Agreement, Romanian soldiers helped liberate Czechoslovakia at the end of World War II. Later, as a member of the Warsaw Pact, Romania refused to participate in the 1968 invasion of Czechoslovakia.

Only the Romanian Air Force presented itself at the Mošnov Airport in the previous years, the last time on the static display with the C-27J Spartan transport aircraft last year. Previously, in 2016, visitors could see a highly desirable performance of the MiG-21 LanceR fighter. During the Romanian premiere in 2010, IAR 99, a product of the Romanian company Avioane Craiova, demonstrated its skills in a dynamic demonstration. It is one of the goals of the Partner Nation concept to present the national defence industry.

"Although some web sites have already featured a review of the aircraft to be sent to NATO Days in NATO, negotiations are not yet closed. Traditionally, we will publish details of Romanian participation after its official confirmation," Pavlačík concludes.