The development of the F/A-18 Hornet started in the early 1970s by Northrop company, later finished by McDonnell Douglas (now Boeing). Hornet became one of the first mass-produced aircraft with electro pulse control. A special feature at the time of its creation was the trapezoidal wing. That ensured very good manoeuvrability at subsonic speeds, as well as excellent performance when flying at large angles of attack. 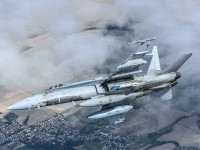 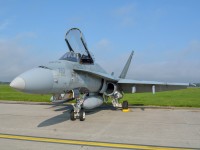 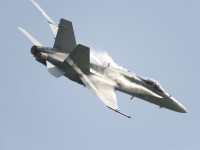 The cockpit is dominated by three multi-purpose displays, in front of the pilot is a transparent HUD display. The basic sensor is the AN/APG-65 radar, in later versions, it was replaced by the newer AN/APG-73, capable of detecting and tracking both air and ground targets. The aircraft is characterized by a robust landing gear adapted for landing on an aircraft carrier. Between the engine nozzles, there is a powerful folding hook, which can be used to catch the aircraft both on carriers and in emergencies at standardly equipped NATO airports. The main weapon is a six-barrel rotary cannon M61A1 Vulcan calibre 20 mm located in front of the canopy. Various guided and unguided anti-aircraft missiles can be attached to six underwings and three under-fuselage holders.

The first F/A-18A Hornet took off on November 18, 1978. The serial production started in 1980. Later, the F/A-18A was replaced by the modernized models C and D. Today, the production of significantly innovated versions of the aircraft - the F/A-18E and F/A-18F Super Hornet continues. Hornets version A to D are operated by the Canada Spain, Switzerland, Finland and Malaysia. Super Hornets are then operated by the United States, Australia and Kuwait. 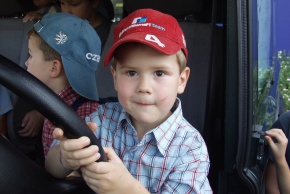 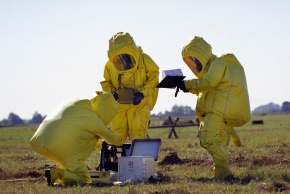