After experiences with trainer aircraft L-39 Albatros and L-59, Aero has started to develop light subsonic combat aircraft L-159 ALCA. The first prototype took off on August 2, 1997. Soon afterwards the new production series of 72 single-seat fighters has started according to requirements of Czech Air Force. 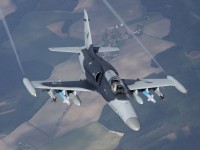 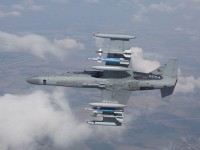 L-159 aircrafts were included to the Czech Air Force in December 2000. All of the currently run fighters are located at the 21st Tactical Wing Air Base in Caslav altogether with two-seat versions L-159T deployed there since 2007 to facilitate training of new pilots.

The site is prepared in the cooperation with editors of  Flying + Cosmonautics magazine of Aeromedia publisher house.  The magazine brings current information about military and civilian flying environment.