The visitors of NATO Days in Ostrava & Czech Air Force Days may look forward to another enrichment of this Special Partner Nation‘s static display which will include two UH-60M Black Hawk helicopters – the latest type of this well-known aircraft.

Sweden has decided to widen its presentation of armed forces which already contains dynamic display of Swedish Air Force Historic Flight, armoured vehicles’ static demonstration, presentation of strategic transport giant and finally multi-role helicopter mentioned above. Moreover, the Nordic state prepared two variants of UH-60M Black Hawk – the classical transport type on one hand and the Combat, Search and Rescue/MEDEVAC type, which has never been seen in the Czech Republic so far, on the other hand. 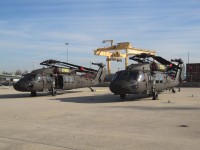 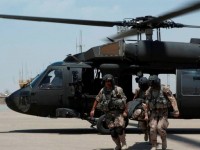 „We may exceptionally witness Swedish strategic transport C-17 Globemaster III aircraft next to the tactical transport/tanker C-130 Hercules and moreover UH-60M Black Hawk helicopters of Linköping Air Base as well. “Thus Sweden will present whole range of its transport capabilities, which should be part of each modern army,” emphasized Zbyněk Pavlačík from Jagello 2000. “Sweden absolutely fulfil its Special Partner Nation status by sending aircraft, helicopters and three pieces of ground equipment even despite great distance to Ostrava Leoš Janáček Airport,” added Pavlačík.

Sikorsky Aircraft Corp. company’s helicopters have been in Swedish service since 2012, when the delivery of 15 UH-60M started. The Black Hawk helicopters immediately underwent the almost two years’ challenging test during its CASEVAC deployment in Afghanistan when it replaced older Search and Rescue Hkp 10 Super Puma helicopters. Sweden used its new Black Hawk helicopters to medical, personal and equipment transport, which is one of the most common functions designed for this two-engine aircraft.

More than 3 000 Black Hawk helicopters are currently in 27 countries’ service all over the world. The visitors of NATO Days in Ostrava & Czech Air Force Days already had the opportunity to see American and Austrian UH-60, however Sweden is the only European state to use the latest UH-60M version which has been in production since 2006. 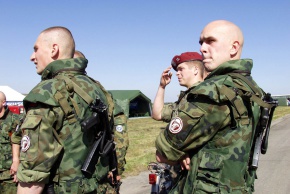