Finnish Hornet to fly over Mosnov after four years

Visitors of this year's NATO Days in Ostrava & Czech Air Force Days can look forward to return of another attractive dynamic display, which will be performed by the F/A-18 fighter of the Finnish Air Force.

The Finnish Air Force presented its F / A-18 Hornet Solo Display for the first and the last time in 2014. And again, it will meet a representative of another Nordic country - the Danish F-16. 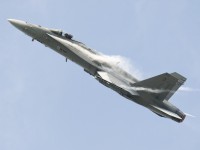 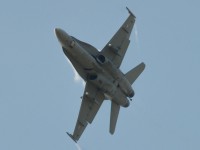 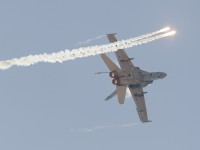 "The Finnish Hornet performs relatively rarely abroad, and we are more than happy to see the F/A-18 Hornet again in an air show that was very successful four years ago," says Zbyněk Pavlačík, Chairman of Jagello 2000. "We consider it significant, because four years ago, it joined us to commemorate the 15th anniversary of the Czech Republic’s accession to NATO, and this year the Finnish representatives decided to arrive on the occasion of commemorating the 100th anniversary of Czechoslovakia and its armed forces.”

The F/A-18 Hornet aircraft were developed as fighters and combat aircraft for US Navy carriers in the 1970s. Finnish Hornets purchased at the beginning of the 1990s were originally designed just for air-to-air tasks and a purely defensive role. After modernization, however, they also gained the ability of ground attacks. The Finnish Air Force currently operates 55 F/A-18C and 7 two-seat F/A-18D aircraft, but the Finnish government is already considering their successor.

At NATO Days, the F/A-18's dynamic demonstrations are not too frequent. Last time, the audience had the opportunity to see this aircraft in the air two years ago, when its abilities were shown by the Swiss Display Team. However, last year, the Canadian F-18 jet attracted considerable visitors’ attention at static display. 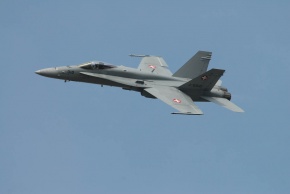