Another participating country at NATO Days in Ostrava & Czech Air Force Days is Hungary. Hungarian Air Force will send the JAS-39 Gripen and for the first time the Mi-24 helicopter.

Hungary is traditionally presenting the JAS-39 Gripen, and this year it will be no different. However, for the first time, the Gripen will be accompanied by the helicopter Mi-24 and both will be placed on the static demonstration. Therefore, visitors will be able to see both machines in Czech and Hungarian colours. 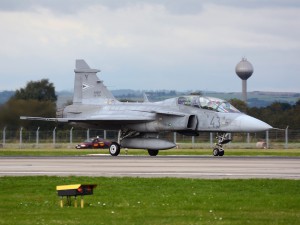 “The Mi-24 is well known to regular NATO Days visitors thanks to the participation of the Czech Air Force. Hungary will be present at our event for the tenth time this year and we are pleased that they are the first foreign participant, to send us this helicopter, ”recalls Zbyněk Pavlačík, Chairman of Jagello 2000. "With this contribution, both countries will also commemorate their joint accession to the North Atlantic Treaty Organization."

The Mi-24 attack helicopter, also known as "Hind" in the Alliance code, was developed in the late 1970s to directly support ground troops. More than 2300 machines have been built and were used by more than 50 countries, thus it has seen many combat deployments, the most famous is the Soviet war in Afghanistan. The NATO member states have upgraded the Mi-24 for better compatibility with the rest of the NATO equipment and 12 Hungarian machines are currently undergoing through modernisation programme and will remain in service until at least 2025. Yet, like the Czech Republic, Hungary is looking for a replacement of the Mi helicopters.

Hungary, as well as the Czech Republic, has the JAS-39 Gripen rented from Sweden. They are light multirole combat aircraft based on previous models of Saab, especially the Viggen aircraft. Thanks to the delta wing and the canard configuration, Gripen excels in manoeuvrability and has a good short take-off performance. It also shows these qualities in its performances.