Lithuania will once again present capabilities of its air force

For the sixth time in a row, the Lithuanian Air Force is heading for NATO Days in Ostrava & Czech Air Force Days. As in previous years, it will show the C-27 Spartan, the AS-365 helicopter, and the L-39 training or light assault aircraft on static displays to show a comprehensive presentation of its capabilities.

In the same line-up, Lithuania presented itself in previous years, and since it does not have a tactical air force, it means that it regularly sends everything it can to Leos Janacek Ostrava Airport. On the other hand, the JAS-39 Gripen aircraft of the Czech Air Force are heading to the Baltics at the same time, to protect the airspace of Lithuania, Latvia and Estonia as part of the Alliance mission. 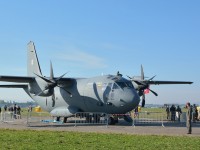 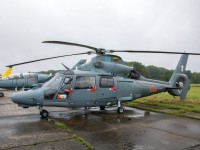 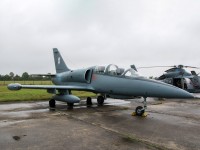 "Although the Lithuanian Air Force is not numerous, it has the primacy of sending almost a quarter of all its aircraft to NATO Days each year, which is truly extraordinary," said Zbyněk Pavlačík, Chairman of Jagello 2000. "And although the C-27 Spartan also appears in the colours of other countries, the AS365 helicopter can only be seen with Lithuanian markings. It can be also the case of the L-39 Albatros, which will not be presented by the Czech Air Force that will retire them in May."

The AS365N3 + Dauphin helicopter is the latest addition to the Lithuanian Air Force's 2015 armament, primarily used for search and rescue operations, but also for environmental monitoring. The C-27J Spartan is also modern transport aircraft, which has been used in Lithuanian forces since 2012. On the contrary, the L-39 Albatros, whose primary purpose is training, but can also be used as a light combat aircraft, is traditional and thanks to origin in the factories of Aero Vodochody, the general partner of the event, also connection of the Lithuanian Air Force with the Czech and Czechoslovak aviation industry.

However, the defence cooperation of both countries is still taking place today, and most strongly in the history of both countries. Over 200 Czech soldiers with Pandur armored vehicles are operating in the territory of Lithuania within the framework of the advance of the North Atlantic Alliance led by Germany. After seven years, four JAS-39 Gripen planes will return to the Baltics in September to protect their airspace by December. Unlike previous missions, they will not be stationed at the Lithuanian base of Siauliai, but will fly from Amari, Estonia. 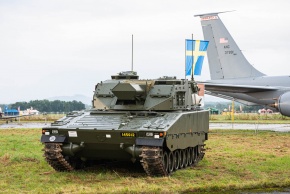