The biggest presentation of Lithuania so far

Due to the purchase of the Dauphin helicopter last year, it will be a big premiere of this military equipment. AS365N3+ Dauphin of French production is used in Lithuanian Air Force mainly for search and rescue missions, but also for monitoring of environment. The Lithuanian L-39 Albatros, which is used for training and might also have limited combat use, is awaiting its premiere appearance at NATO Days, however it is depend on successful modernization, which should be completed few days before Ostrava’s event. On the other hand, transport aircraft C-27J Spartan is very well known in Ostrava. 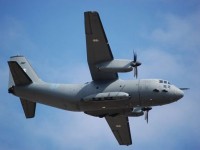 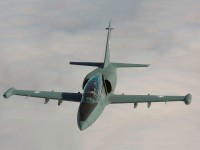 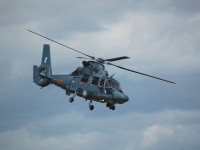 „If we take into the consideration what Lithuanian Air Force has available, then this year’s presentation at NATO Days in Ostrava & Czech Air Force Days is really remarkable. Surely it will get the attention that deserves, because these aircrafts are not so often to be seen, primarily the Dauphin helicopter in N3+ version belongs to the most modern equipment of nowadays and we are very glad to present it at our event,” commends Zbyněk Pavlačík, chairman of Jagello 2000. “Nevertheless, Albatros will certainly not stay aside also thanks to its Czech origin.”

L-39 Albatros, the aircraft of the Czechoslovak origin, was seen in Ostrava as part of the Czech Army presentation, however in the past, we could see the plane at Mošnov also under Slovak or Estonian flag. Moreover, the Latvian Team Baltic Bees presented four Albatroses in 2011.

Transport aircraft C-27J Spartan are very frequent guests of NATO Days event. Besides static Lithuanian’s displays, Romania was another state to show off this plane. The dynamic display was offered by Italy.

Due to the fact that neither Lithuania, nor Estonia or Latvia have its own supersonic air force, the protection of Baltic airspace is up to NATO under Baltic Air Policing mission on which the Czech Air Force participated, last time in 2012. Spain and Belgium took over the rotation in January this year.