The German Army will present heavy equipment and a helicopter premiere

Extensive representation at this year's NATO Days in Ostrava & ACR Air Force Days has traditionally been prepared by the German Armed Forces. This year, the Land Forces will provide armoured vehicles with the Leopard 2 tank, and will also present its NH90 helicopter in a premiere dynamic demonstration.

Every year, the German security and armed forces present themselves at an extraordinary scale at Mošnov Airport and they also prepare something new every year. Four parts of the Bundeswehr are again heading to the Mošnov airport - Air Force, Navy, Army, and Support Service. While the details of the participation of the first two are still under negotiation, the Land Forces will offer four armored vehicles and two NH-90 helicopters, which they also posses. Visitors to NATO Days can look forward to the premiere flight demonstration of this transport helicopter, the second one will be placed on a static demonstration, where they will be able to take a closer look at the Leopard 2A heavy tank, Puma tracked armored vehicle, Boxer wheeled transporter and PzH 2000 self-propelled howitzer. 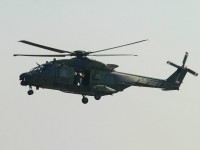 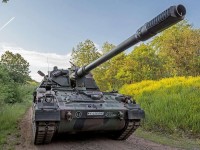 "The level of support that our event has for a long time received from the German Armed Forces is absolutely unique, and we are very pleased to be able to present Czech-German cooperation at NATO Days. This year, the German presentation will be exceptional because of the announcement of the Czech army's planned acquisition of German Leopard 2 tanks, so our visitors will be able to see the future armament of our soldiers," says Zbyněk Pavlačík, chairman of Jagello 2000."The Joint Support Service will also show its special equipment and vehicles, and in the coming weeks we will announce the aircraft that will be presented by the German Air Force and Navy."

The presented vehicles also serve as an example of the German defense industry, although NH90 helicopters and Boxer wheeled vehicles are produced in international cooperation. PzH 2000 howitzers have recently been in the news when Germany donated seven pieces to Ukraine to support its defense against Russian aggression. Ukrainian crews are currently being trained. These howitzers have a range of up to 36 kilometers, offer great crew protection and, thanks to the track design, excellent movement in the rough terrain.

Leopard 2 tanks then came to the news thanks to the planned rearmament of the Czech army, which will provide Ukraine with its T-72 tanks. Now modernized versions of Leopards 2 serve in the armies of almost 20 countries and others are ordering them, usually as a replacement for obsolete Soviet types. The Czech Army also considered purchasing Puma tracked vehicles, which are considered to be an infantry fighting vehicle with the best crew protection. This was one of the options considered as a replacement for the obsolete BVP-2 vehicles, but the PSM consortium withdrew from the tender before its cancellation. The Boxer wheeled armored vehicle is then unique in its modular cabin concept, thanks to which it is possible to change its configuration to combat, ambulance, command, repair or other within 20 minutes. Thanks to this, in addition to the German Army, those are already serving in the armed forces of the Netherlands, Australia and Lithuania, and next year the United Kingdom will receive them to its inventory.

A similar modular concept, where the machine can be adapted to a specific role, is offered by the NH-90 helicopter, which the German Army uses for tactical transport of soldiers and material, but also for medical transport, for support airborne operations or emergency assistance and disasters.