The legendary WWII aircraft Douglas C-47 Dakota from the historical unit of the British RAF Battle of Britain Memorial Flight will visit NATO Days in Ostrava & ACR Air Force Days for the first time. Viewers can look forward to the premiere of a unique dynamic demonstration.

NATO Days have already hosted several World War II aircraft, but especially fighters such as the Hurricane or Spitfire. For the first time ever, however, an aircraft of such proportions and with such a pedigree as the Douglas C-47 Dakota will be presented in Mošnov, in an air demonstration. Therefore, a special unit of the British Royal Air Force Battle of Britain Memorial Flight (BBMF) will be presented for the first time at Mošnov Airport as well. 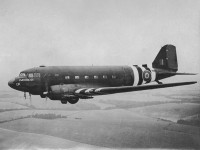 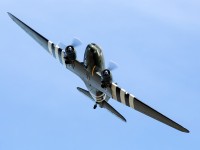 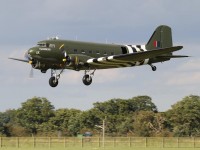 "Great Britain is one of the traditional partners of our event and at the same time our longtime ally. It is a great honour for us to be able to host a legend like Dakota at our event," says Zbyněk Pavlačík, chairman of Jagello 2000. "This participation will be reminiscent of the alliance with Great Britain and the air battle for Britain, in which Czechoslovak pilots also played a significant role."

"Dakota's participation outside the United Kingdom is a very rare and prestigious affair, the last time it appeared in Europe was in 2019 to commemorate the D-Day. This is only the second participation in the Czech Republic, moreover after ten years," adds Jan Čadil from Aviation and Cosmonautics journal. "In addition, the historic aircraft are carefully monitored for technical condition, which is why they rarely travel outside their home country."

The BBMF unit maintains historic aircraft, which then commemorate the struggle for freedom and fallen soldiers at public events. Currently, the BBMF, which describes itself as a "museum without walls", has six Spitfire aircraft, two Hurricane aircraft, one Lancaster bomber and one Dakota transport aircraft, as well as two Chipmunk training aircraft, which, however, did not enter the service until after the World War II.

This particular Douglas C-47 Dakota aircraft designated ZA947, nicknamed "Kwicherbichen", was built in 1942 in the United States. During World War II, it was used, among other things, during the D-Day, when it carried out Allied airdrops, and later also helped evacuate the wounded and supplied troops. After the war, this aircraft was acquired by Canada, where it served until 1971. In 1993, it was bought for the BBMF unit. In the second half of 2020, on the 80th anniversary of the Battle of Britain, the aircraft underwent reconstruction works, so it has been presented to the public only since February 2021. 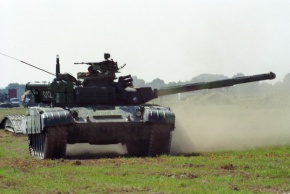