Three Spartans will meet at Mošnov, Romania sends one of their own

This year’s NATO Days in Ostrava & Czech Air Force Days will witness a meeting of three C-27J Spartan transport aircraft presented at static display. Their participation has already been promised by Slovakia and Lithuania, another aircraft is now coming from Romania.

The C-27J Spartan transport aircraft of the Romanian Air Force had debuted at NATO Days in 2012 and was presented to visitors at Mošnov Airport two years ago for the last time. The Lithuanian Spartan will be given a similar return, on the other hand, Slovakia will present this type of aircraft for the first time. 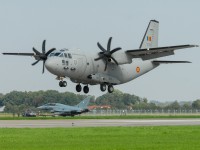 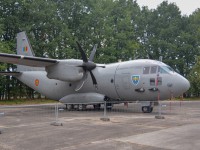 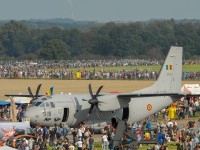 “Romanian participation in this year’s NATO Days is, unfortunately, marked by the tragic accident of the MiG-21 fighter aircraft from last month, which should have also had a dynamic display at our event. Although we tried to secure its presentation at least at static display, its participation has been cancelled due to the given circumstances in all planned events except for the domestic airshow in Bucharest,” explains Zbyněk Pavlačík, chairman of Jagello 2000. “Nevertheless, visitors will not miss the Romanian Air Force at NATO Days and in addition, they will have a chance to compare the popular Spartan across three air forces at once,” adds Pavlačík.

C-27J Spartan, a twin-engine medium transport aircraft manufactured by the Italian company Alenia Aeronautica, primarily serves for transport of personnel and equipment to overseas operations, some of them have been specifically modified to fulfil a role of a maritime patrol aircraft. Central- and Eastern-European countries then obtain Spartans as a substitute for aging aircraft of the Soviet origin. Besides the aforementioned three countries, these aircraft are also operated by the Italian Air Force which presented one of them last year in the flying display.