This year, visitors to the NATO Days in Ostrava and the Air Force Days will be able to see many pieces of equipment from the arsenal of the Army of the Czech Republic, as well as thematic exhibitions. Soldiers of the ground forces will perform four dynamic demonstrations, two of which will cooperate with the Air Force. The dynamic demonstrations will include a T-72M4 CZ tank, BVP-2 infantry fighting vehicles, and a modified Land Rover Kajman.

As the backbone of the ground forces, combat units from the 4th Rapid Deployment Brigade and the 7th Mechanized Brigade will be present at the NATO Days. Paratroopers from the 43rd Airborne Regiment will demonstrate a combat jump with round parachutes from the CASA plane. Soldiers from the 7th Brigade will attack the enemy position with the help of a T-72M4 CZ tank and BVP 2 vehicles. The main battle tank T-72M4 CZ will also have its own dynamic demonstration. The machines of the named units will also be available for inspection in static presentations. 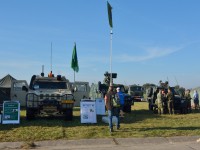 "We heard about the army in the past year mainly because of its involvement in coping with the covid pandemic, or help after a tornado struck Czechia. We thank all the soldiers for that and we are glad that we can give them space to present their primary task, which is ensuring the security of our country. The ground forces will show their readiness in four dynamic demonstrations," notes Zbyněk Pavlačík, chairman of Jagello 2000. "The participation of army agencies cannot be neglected either. Their expositions are interesting and present necessary equipment, without which the Czech army would not fulfill its mission."

Other units will also take part in NATO Days. The artillery regiment will present a 152 mm DANA howitzer and a mobile field topographic workplace on a T-815 chassis. In addition to the above-mentioned dynamic demonstrations, the 53rd Regiment of Reconnaissance and Electronic Warfare will bring several drones. There will be an engineer regiment, a regiment of command and control, and a radiation, chemical, and biological protection regiment with their special vehicles and other techniques.

Army agencies will also be presented - the exposition of the Military Health Agency will contain specialized medical containers. Electronic technology will be presented by the Agency for Communication and Information Systems. The Logistics Agency will bring a historic T-34/85 tank and a key army logistics machine - the Tatra T-815. In addition, it will be possible to see several types of vehicles and thematic exhibitions of the Military Police and Training Command - Military Academy Vyškov.

This year's specialty is an exhibition dedicated to the modernization of the Army of the Czech Republic. With the help of static demonstrations of new and replaced equipment, the effect of this process on armaments and equipment of the Czech military will be shown. Read more in the previous report. 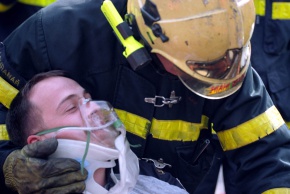