Visitors to the NATO Days in Ostrava & Czech Air Force Days 2021 will be able to see a fifth-generation aircraft for the first time at this event. The technology-packed multi-purpose aircraft F-35 Lightning II of the Italian Air Force will be presented at a static demonstration.

The F-35, the most modern Western fighter aircraft, is gradually being included in the inventory of more and more European allies, which gradually increased the chance of its participation at NATO Days. F-35 from Italian Air Force will have its premiere at NATO Days, Italy is also one of the founding nations of NATO and one of the main partners of the F-35 programme. 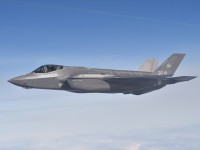 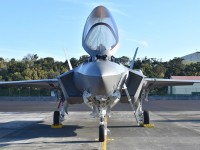 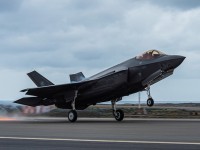 "The F-35 represents the future of multi-purpose aircraft and air forces of many allied countries. Its participation can be compared to the first landing of Eurofighter aircraft in 2007," comments Zbyněk Pavlačík, Chairman of Jagello 2000. "And similarly to the Eurofighters, I believe that the F-35 from various countries will be shown to us in the following years in the flight demonstrations."

"We very much appreciate the fact that the Central European debut of the fifth generation aircraft will take place at the NATO Days in Ostrava and the Czech Air Force Days, which proves the prestige of this event," said Major General Petr Mikulenka, Commander of the Czech Air Force.

"We strived to arrange the fly-over of Italian F-35 aircraft for last year's NATO Days, when they were relocating to Iceland Air Policing at the time of the event, but unfortunately we did not succeed due to the need for additional refueling," Pavlačík further reveals. "Our event will still be the third place in the nearby region where these aircraft will be presented - after the Berlin Ila in 2018 and Zeltweg in 2019."

The F-35 aircraft are primarily a project of Lockheed Martin, which is the main partner of NATO Days, but their development and production take place in international cooperation. As Italy is one of the main partners in this programme, these machines are also manufactured and assembled on its territory. This helped the Italian Air Force to make history, when the first F-35 aircraft that crossed the Atlantic in 2016 belonged to its inventory.

Features that rank the F-35 among fifth-generation aircraft include invisibility to radars ("stealth"), high maneuverability, advanced avionics and versatility. Its development was mainly aimed to replacing the fleet of F-16 aircraft, but thanks to its versatility, the air forces around the world are also beginning to use it instead of F/A-18 Hornet, A-10 Thunderbolt II or the legendary AV-8B Harrier II.

The F-35 aircraft is produced in three variants - the classic version A, B with the ability STOVL, ie vertical takeoff, and version C designed for aircraft carriers. As for now, these machines are operational mainly in the United States, but also in the United Kingdom, Israel and Japan. In April 2021, Denmark received its first F-35 aircraft. Italy has ordered a total of 60 F-35As and 30 F-35Bs for its Air Force and Navy, of which it already has obtained 9 As and 3 Bs.

However, this year's participation of the Italian Air Force at NATO Days does not end there. After six years, the AW139 helicopter will also return to Mošnov Airport, which will also be presented at a static demonstration.