Visitors of NATO Days in Ostrava & Czech Air Force Days can look forward to another exclusive flight demonstration, this time performed by the Rafale fighter aircraft of the French Air Force. The Rafale Solo Display team returns to Mošnov after two years.

Spectators had a chance to see a dynamic display of Rafale in 2016 for the last time, when the French team debuted at NATO Days. Its display pilot of that particular season, Capt. Jean-Guillaume Martinez, showed this most modern French-made multi-role fighter aircraft on the edge of its capabilities. 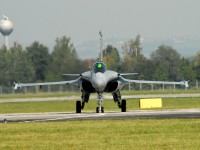 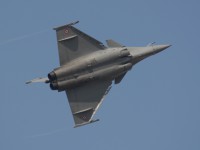 “Rafale Solo Display left a huge impression on us after its performance during NATO Days in 2016 and I have to admit that I consider it the best display of that year's programme as well as one of the greatest in the event's history,” emphasizes Zbyněk Pavlačík, the chairman of Jagello 2000, and adds: “We can reveal that the participation of Rafale in this year's NATO Days is to a large extent a result of our attendance at the meeting of European Airshow Council in Antwerp, Belgium, where we held numerous talks with representatives of potential participants.“

There is a new display pilot of Rafale Solo Display for the following two seasons, Capt. Sébastien Nativel. Visitors can thus look forward to a brand new display, different from its predecessor Capt. Ramirez who, however, oversees Nativel's training as a coach now.

Rafale is solely a French aircraft manufactured by the Dassault company and was developed only thanks to disagreements between France and other countries participating in the Eurofighter programme over capabilities that Eurofighter Typhoon should possess. Nonetheless, Rafale is in the end very similar to Eurofighter in terms of both design and usage. Both fighters are multi-role twin-engine aircraft capable of gaining air superiority, providing reconnaissance, or possessing air-to-ground capabilities. On the other hand, a naval version of Rafale was also developed which allows to operate these aircraft from aircraft carriers with the CATOBAR launch and recovery system.

Besides France, Egypt is another country whose air force operates these fighter jets, and both Qatar and India have closed a deal on procurement of Rafale as they chose them over Eurofighter. Rafale have already been deployed to several missions including Afghanistan, Libya, or most-recently against the so-called Islamic State. 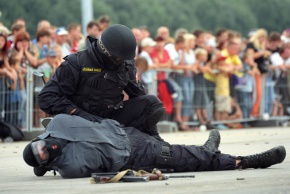