The tide of exclusive premieres at 15th anniversary of the NATO Days in Ostrava & Czech Air Force Days continues. French Air Force’s Rafale Solo Display team confirmed its participation with the most modern French-made multipurpose fighter aircraft. France also became already the 20th country to present its equipment at the event, matching the record number of foreign participants from 2012.

Originally, Rafale aircraft was planned to show off above Mošnov airport already in 2010, when the French Ministry of Defence confirmed the fighter’s participation, but it was unfortunately cancelled. Finally, the visitors of this year’s NATO Days may look forward to see Rafale’s performance. 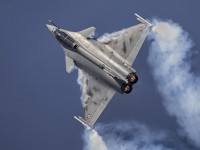 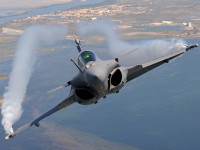 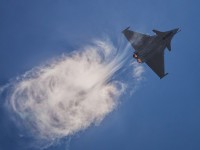 "Rafale Solo Display is highly demanded among most of the air shows’ organizers – we have been negotiating its exhibition with French representatives each and every year. We really appreciate the opportunity to see the aircraft during our significant anniversary,” highlighted Zbyněk Pavlačík, CEO of Jagello 2000. „Moreover, we can now offer a comparison of the rivals of the most modern European fighters jet thanks to the displays of the Czech Gripen and Austrian, Spanish and Italian Eurofighters.“

It is the premiere season this year is for the new pilot of Rafale Solo Display, Captain Jean-Guillaume Martinez, who will most likely perform a brand new display, different from its predecessor, now coach, Benoit Blanche. Apart from France, Rafale is going to appear only at five other events this year, the most recent is Austrian Airpower in Zeltweg, the others include Belgium, the United Kingdom and Spain.

Rafale is solely a French aircraft manufactured by the Dassault Company. However, it was developed only thanks to the French exit out of the group of states, which were collaborating on joint European combat aircraft. France had different demands regarding aircraft’s features. Nevertheless, Rafale is in the end very similar to the Eurofighter in terms of both design and usage. Both air fighters are multirole twin-engine aircrafts, capable of managing anti-aircraft defence, reconnaissance purposes and air to ground attacks. On the other hand, Rafale is also manufactured in a version capable operating from aircraft carrier and is the only non-American aircraft, which can land on American carriers.

Rafales are still being delivered to the French Air Force, which has currently 106 aircraft in its inventory. Six Rafales belong also to the Egyptian Air Force with some more to be delivered. Further, Qatar and India signed the contract for 60 aircraft, prioritized Rafale before Eurofighter.

The first Rafale’s combat missions occurred during NATO mission in Afghanistan, where they provided air support. Later on in 2011, the air fighters were sent to join air strikes against Muammar Kaddafi’s regime in Libya. Two years later, Rafale supported French military intervention to back up Mali’s government, which was threatened by Islamic rebels. Rafales are currently deployed as a part of international coalition against Islamic state.