Lithuania with a record representation traditionally among the first participants

With the beginning of each year, first foreign participants for NATO Days in Ostrava & Czech Air Force Days start to be announced and this year's primacy belongs to the Lithuanian Air Force. It has prepared a complex presentation of its capabilities for a static display.

Lithuania does not possess its own fighter aircraft, but it will bring its transport capacity, helicopter wing as well as training aircraft. In particular, visitors may look forward to the same representation which could have been seen at Mošnov Airport in 2016 - the C-27J Spartan transport aircraft, the AS365N3+ Dauphin multirole helicopter and two L-39 Albatros jet trainers. 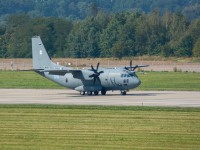 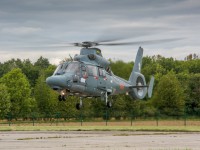 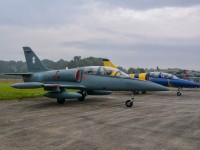 “The Lithuanian Air Force can be considered a traditional participant of NATO Days in Ostrava & Czech Air Force Days which also confirms its participation typically among the first. In this year's NATO Days, Lithuania will meet its record representation of 2016 with four aircraft altogether. Moreover, its participation is exceptional because considering the size of its air force, Lithuania sends to our event the greatest part of it,” emphasizes Zbyněk Pavlačík, the chairman of Jagello 2000.

The AS365N3+ Dauphin multirole helicopter will return to NATO Days after a year and represents the newest equipment in the Lithuanian Air Force. These helicopters were delivered to Lithuania in 2015 and are used for Search & Rescue as well as for monitoring of the environment. Similarly to previous year, there will also be a chance to see the L-39 Albatros training aircraft manufactured by the general partner of the event, AERO Vodochody. Regarding the fact that Lithuania confirmed two of these aircraft, it can bring both of their configurations, which represent their two main roles - the L-39C jet trainer and the L-39ZA light attack aircraft.

Visitors could have seen the C-27J Spartan transport aircraft last year in a dynamic display conducted by the Italian Air Force, in the case of Lithuania, it will return with this aircraft after two years.

Due to the fact that Lithuania, as well as other Baltic states, Estonia and Latvia, does not have its own fighter aircraft, its airspace has been protected by other NATO member states since 2004. The Czech Air Force with its JAS-39 Gripen also participates in this mission called Baltic Air Policing, the last time it was in 2012. The Baltic airspace has currently been guarded by Denmark and Italy.

In addition, from the middle of this year, Czech mechanized company of 250 soldiers is going to be assigned in Lithuania to one of NATO's multinational brigades which are deployed in the Baltics as a part of the Enhanced Forward Presence. 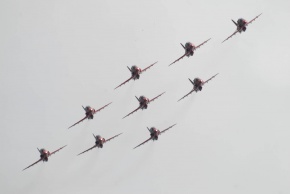 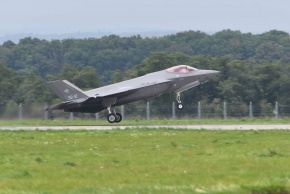