This year's NATO Days in Ostrava & Czech Air Force Days will be after the Prague's military parade the second most significant event in the Czech Republic that will be held in the name of the 100th anniversary of the Czechoslovakia's independence. Visitors can thus look forward to a unique programme both on the ground and in the air.

Jagello 2000 has been working on the concept of this special annual event since 2014 and the programme will be exceptional in many ways. First, about two dozen countries is expected to participate in this year's NATO Days and due to the special occasion, organizers made a proposition to foreign partners to prefer dynamic displays before the static ones.

“The static displays will focus this time on the Czechoslovak historical equipment, which will receive a significant attention. Visitors can thus look forward to several dozen pieces of historic equipment and replicas that will create, along with the most modern Czech and foreign equipment, a unique programme which cannot be seen anywhere else but in the Czech Republic and few other places in Europe,” explains Zbyněk Pavlačík, the chairman of Jagello 2000, the main organizer of the event. 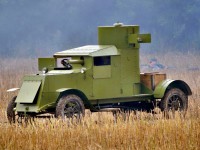 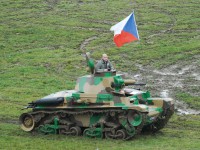 “This year is special for all of us because our country commemorates not only the 100th anniversary of its independence, but also number of other significant historical events. It will be exciting to see, alongside the modern aircraft, the equipment which our grandfathers and great-grandfathers used to defend their independence and freedom, the values, which we cannot take for granted even nowadays. The city of Ostrava has been a top partner of NATO Days for a long time in the form of both financial and programme support. I am glad that it will be no different this year and I do not doubt that we will continue with our cooperation in future,” says Tomáš Macura, the mayor of Ostrava.

There are several actors that intensively take part in providing historical equipment, namely the Silesian Museum, which is a co-organizer of this year's NATO Days, the Czech Armed Forces, Škoda Auto, an exclusive partner of the event, and Czechoslovak Group, which is a special partner.

“Our main goal is to bring to life as many phases of our history as possible,” emphasizes Jana Horáková, the director of the Silesian Museum, which secures the historical equipment. The period of the establishment of Czechoslovakia in 1918 will be represented by, for example, an armoured vehicle of the Czechoslovak legion in Ruthenia called Austin-Juráš. The interwar period will be reminded by a replica of the legendary Avia B-534 fighter aircraft and famous LT-34 and LT-35 tanks. 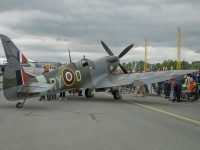 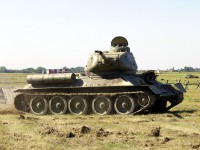 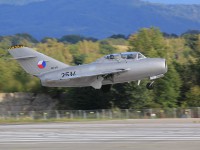 “The historical camp will commemorate the Second World War, where Czechoslovak soldiers fought on the Western front as well as the Eastern one. Visitors will thus have a chance to see the T-34 tank, which was used in the Ostrava-Opava operation, in both dynamic and static displays. The Dodge vehicle with the ZIS 3 divisional gun will be another example of the WWII equipment. Regarding air force, there will be shown replicas of Jak-3 and Spitfire Mk.X on a static display, and Spitfire Mk. XVI and MiG-15 UTI, which illustrates the post-war period, in dynamic display,“ adds Horáková.

ŠKODA AUTO has already been a partner of NATO Days in Ostrava & Czech Air Force Days for six years. Such extraordinary partnership also corresponds with an exclusive presentation on site. ŠKODA's mobile showroom will present all of its model series across the whole production of this Czech automobile manufacturer. Due to the fact that ŠKODA jointed this year's celebrations of the 100th anniversary of the Czechoslovakia's independence, visitors will also have the opportunity to take a closer look at its history during the biggest security show in Europe. Therefore, exhibits from the ŠKODA Museum in Mladá Boleslav will be presented to the public altogether with contemporary models. In addition, ŠKODA will show a design study of the future urban crossover called Škoda Vision X, which recently debuted at the Geneva International Motor Show. 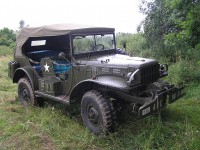 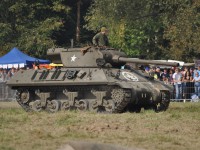 Czechoslovak Group (CSG) will also bring several unique historical vehicles to NATO Days that are closely connected with the history of companies which CSG incorporates. Visitors will thus have a chance to see not only the Tatra or Avia historical vehicles, but also military equipment of the Czechoslovak Armed Forces, that was maintained in service sites in Šternberk and Přelouč, which the current companies belonging to the CSG holding follow up on.

“The participation list is far from final and we will continuously inform the public of any new participants,“ adds Pavlačík. 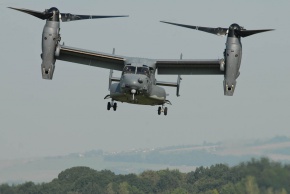