Saab 105 returns to Ostrava, Austria sends two of them

Austrian Air Force have not missed any year of the NATO Days in Ostrava & Czech Air Force Days since its first participation in 2010. This year. it has prepared a premiere presentation of two Saab 105OE aircraft - one of them will perform a flying display and one will be available at static display. Moreover, the flying aircraft should belong to so called tiger squardon and should have interesting striped camouflage. 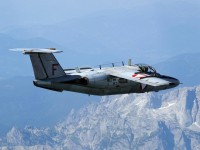 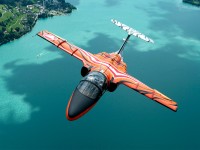 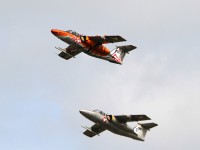 Saab 105 already flew over the Mosnov airport in 2013, when it was the aircraft of the Swedish Historic Flight. Austrian export variant 105OE with more powerful engines will be presented this year. The Austrian Air Force uses these two-seater airplanes for training, monitoring flights for air sampling. But it was designed by the Swedish manufacturer also for air support and demonstration purposes.

"The presentation of Saab 105 at our event will be complete after this year, because Sweden and Austria are the only nations that use these aircraft, so Swedish and Austrian variants are the only ones that we can see flying. The spectators didn't have a chance to see it at close quarters last time, but they will have an opportunity now," comments Zbyněk Pavlačík, Jagello 2000 Chairman.

The Austrian Air Force presented many of its aircraft - modern Eurofighter Typhoon and S-70 Black Hawk helicopter in flying displays, Bell OH-58B Kiowa combat helicopter or light transport plane PC-6 Porter at static displays. The list will be extended this year by the Saab 105OE. 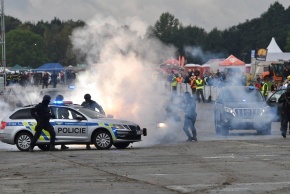