Sweden confirmed as the Special Partner Nation for the second time

The Swedish Ministry of Defence has officially confirmed that it will take on the role of Special Partner Nation (SPN) for NATO Days in Ostrava & Czech Air Force Days 2021. Sweden will thus become the first country to become the SPN for the second time after its participation last year was limited by a pandemic.

Sweden's decision to take on the role of Special Partner Nation of the event, confirmed in a letter by Defense Minister Peter Hultqvist, confirms the excellent level of bilateral relations between Sweden and the Czech Republic, as well as the long-standing Swedish interest in NATO Days. Sweden was originally supposed to take on the role of the SPN for the second time last year, due to anti-pandemic measures, which did not allow extensive foreign presentation, all planning was postponed to 2021. 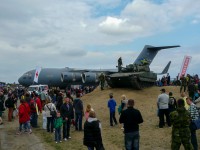 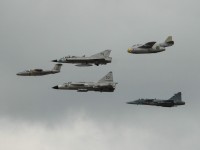 The Special Partner Nation is a unique concept, which was introduced at the NATO Days 2014 and which allows the selected country an extensive presentation of the armed and security forces, but also of its industry. For the first time, this role was taken over by Poland, the second in a row was Sweden, thus commemorating the 10th anniversary of the use of JAS-39 Gripen aircraft by the Czech Air Force. It is now taking over this status from the Czech Republic, which was a partner state in the pandemic year 2020.

"For Sweden, the NATO Days in Ostrava have become an important and natural place for meetings and bilateral talks with representatives of many other countries and companies on current and future defence cooperation," stated Minister Hultqvist.

"Last year, despite the pandemic, Sweden joined the celebrations of 15 years of JAS-39 Gripen aircraft, produced by the Swedish company Saab, in the service of the Czech Air Force. We are now preparing for NATO Days in the standard mode, ie with visitors in the venue, so we hope that the Swedish security forces will be able to present themselves at least to the same extent as in 2015," adds Zbyněk Pavlačík, Chairman of Jagello 2000. 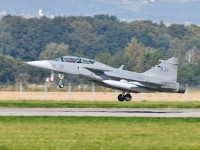 Units and technology presented at the Leoš Janáček Ostrava Airport will still be the subject of negotiations with Swedish representatives. In 2015, when Sweden was the partner state for the first time, visitors could see the extensive participation of the Swedish historic squadron, the TP-84 Hercules refueling aircraft and Sweden also contributed to the presentation of the C-17 Globemaster from the international Heavy Airlift Capability program at Mosnov Airport.

"We all want this year's event to be as close as possible to the classic concept that visitors know from previous years, and to be able to meet at the end of the summer at the airport in Mošnov. However, the unfavorable development of the COVID-19 pandemic could jeopardize this, so please follow the ordered anti-epidemic measures," concludes Pavlačík. 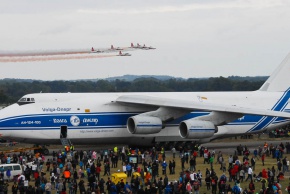