After three years, one of the symbols of the North Atlantic Alliance, the E-3A Sentry with AWACS, returns to NATO Days in Ostrava & Czech Air Force Days and will join the 70th anniversary of NATO's founding.

The E-3A, with the Airborne Warning and Control System (AWACS), was first introduced at the Mošnov airport in 2004 and has been appearing regularly since then. As in previous years, visitors will have the opportunity to see the Boeing E-3A Sentry on a static display. 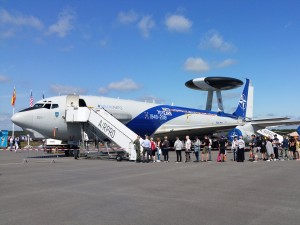 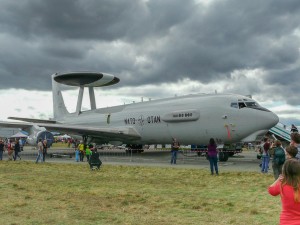 "AWACS aircraft are very busy machines and their participation was often withdrawn at the last minute due to operational deployment," says Zbyněk Pavlačík, chairman of Jagello 2000. "Celebrating the 20th anniversary of the Czech Republic's accession to the North Atlantic Treaty Organization would not be complete without the participation of this aircraft. We are therefore pleased that this time the security situation will allow its appearance at our event. NATO can also send themed aircraft.”

The Boeing E-3A Sentry was included in NATO armament back in 1982, but since then all 16 machines available to the Alliance have undergone an extensive modernization program. The aircraft can operate up to 8 hours of flight and this time can be extended thanks to the possibility of refuelling in flight. The first operational deployment of the aircraft was already in 1990 during Operation Anchor Guard to strengthen the defence of Turkey during the Gulf War, later on, the E-3A was also deployed in operations in the Balkans or Afghanistan.

The E-3A Sentry aircraft are based in Geilenkirchen, Germany. The Czech Republic joined the Airborne Early Warning and Surveillance Force program in 2011, thus you can find Czech operators among the international personnel. 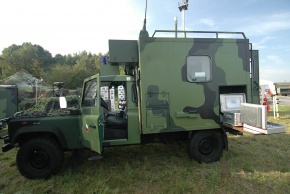 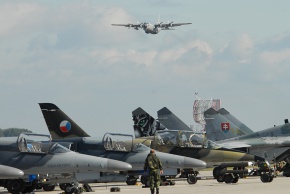