Visitors to the NATO Days in Ostrava & the Czech Air Force Days can look forward to an impressive performance by the Turkish display team F-16 SoloTurk, which is returning to Mošnov after nine long years. SoloTurk is also the seventh confirmed demonstration on a supersonic aircraft.

Turkey, which joined NATO in 1952, last presented itself at NATO Days four years ago, when it premiered the E-7T Peace Eagle with an early warning system. Regular visitors to the event also remember the impressive performance of the acrobatic group Turkish Stars from the years 2011 and 2013 or just the performance of the F-16 aircraft from the display team SoloTurk, which was last seen in 2012. And it is SoloTurk and the F-16C Block-40 aircraft returns to NATO Days and with it a performance during which the pilot is exposed to an overload of up to 9G. 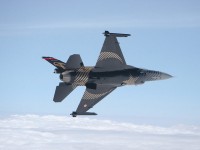 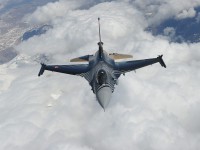 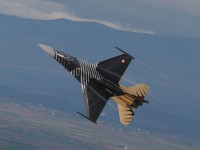 "We are always happy when participants from more distant countries of the Alliance return to the event, such as Turkey, which has prepared something special for each participation," comments Zbyněk Pavlačík, Chairman of Jagello 2000. "Visitors will also be able to compare two F-16 demo teams, both SoloTurk and Greek Zeus. Whatever performance wil catch your eye more, we can already look forward to a good show."

The F-16 multi-role aircraft is the most widely used model among NATO member state air forces and as such has been participating in NATO Days every year since 2007. In total, more than 4,500 F-16 aircraft have been built and currently serve in the air forces of ten North Atlantic member states. The F-16 aircraft used by the SoloTurk team is presented in a very attractive black and gold marking, which symbolizes devotion and honor, and its very observation is a powerful experience.