B-52H bomber is coming back to Mošnov after three years

Legendary U. S. strategic bomber B-52 Stratofortress based on Barksdale Air Force Base is returning to NATO Days in Ostrava & Czech Air Force Days.

B-52 Bomber has presented itself for the first time during year 2010 and from that time it became a favorite attraction of NATO Days. The pitch exhibition of this aircraft was in 2012 when Mošnov Airport hosted two Stratofortresses and one even presented on dynamic display.

„Return of the B-52 bomber is a very prestigious event. It was not the case that we would withheld the information from the public until the last moments, but the approval for appearance was very lengthy. We are glad that everything worked out in the end for which we are also very grateful to the American side,” Zbyněk Pavlačík from Jagello 2000. “We have received official approval literary before several minutes,” he continues. Landing of the B-52 is planned on 17 September about 12 am. 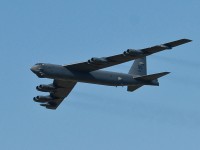 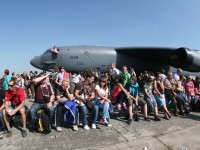 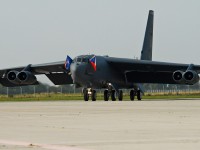 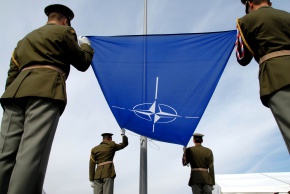