Premiere of light attack two-seat turboprop Beechcraft AT-6 will take place at this year NATO Days in Ostrava & Czech Air Force Days. The aircraft is a part of special military airspace equipment with significant importance in the last years.

“The opportunity to witness a premiere of this unique aircraft of the Beechcraft company at NATO Days makes us very proud.  The AT-6 will be easily accessible in the middle of event area altogether with another stunning presentations as for example a brand new Aero L-39NG demonstrator, which will moreover undergo a world premiere,” commented Zbyněk Pavlačík from Jagello 2000.

The new model of Beechcraft Corporation is based on widespread concept of T-6 Texan II, which is a part of United States, Canada, Great Britain or Israel army. Beechcraft AT-6 presents a continuation of long technological tradition since 1932, when the company was founded. More than 90% of American bombardiers exercised on adapted versions of Beechcraft Model 18 during the Second World War.

Furthermore, the developed countries have also becoming more and more interested in light military turboprop aircraft due to the currently changing security threats and technological approaches.  For the civilian purposes, Beechcraft AT-6 is used in Search and Rescue missions during natural disasters as well as reconnaissance aircraft.

The aircraft is also truly universal thanks to its unique features. Beechcraft AT-6 can be used fully armed for marine patrols as well as border control or surveillance. The new engine Pratt & Whitney Canada PT6A-68D has become a real advantage in light military turboprop aircraft category. Combined with the L3 Wescam MX-15Di multi-sensor suite, which provides colour and IR cameras, laser designator, laser illuminator, and laser rangefinder, the AT-6 provides the most powerful allied-compatible ISR and targeting suite available. 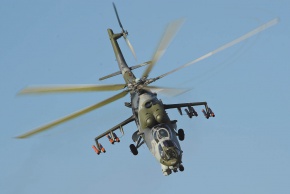 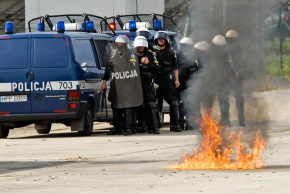