Also within this year's NATO Days in Ostrava & Czech Air Force Days, aviation fans can choose the most successful air show. Their votes will determine the winner, who will receive an award in the form of a cup and a commemorative letter from the mayor of Ostrava, Tomáš Macura.

"Ostrava is a traditional, proud partner of this amazing exhibition of military equipment and the Mayor's Cup is part of our city's permanent partnership with a popular event. Demonstrations performed by top pilots from all over the world are always attractive and I believe that they will certainly arouse interest in voting," said Mayor of Ostrava, Tomáš Macura.

In previous years, the Mayor's cup was won by, for example, a pair of Czech pilots Martin Šonka and Ivo Kardoš, the Hungarian pilot Máté Majerik or the Italian team Frecce Tricolori. 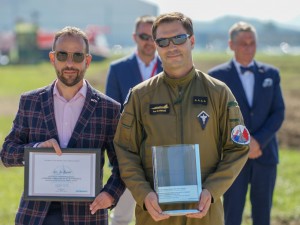 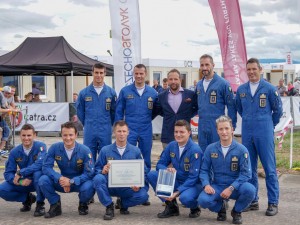 How to do it? First of all, it is necessary to watch the sky over Mosnov Airport during the NATO Days, where a captivating spectacle will take place. Photographs of individual samples will already be prepared on the official Facebook profile of Ostrava. Simply "liking" the one that the voter liked the most. The Cup of the Mayor of the City of Ostrava will visit the one who collects the most "raised thumbs", or other emoticons that Facebook offers.

The winner will receive the award on Sunday, September 19, before the end of the program.