Denmark will show its Super Hercules for the first time

The C-130 Hercules transport aircraft is a frequent and welcome participant of the NATO Days in Ostrava & Czech Air Force Days. This year, however, visitors will be able to see the most modern variant of this C-130J Super Hercules of the Danish Royal Air Force for the first time in a static demonstration.

The Danish Air Force operates four C-130J Super Hercules aircraft and it has an exclusive role in long-range air transport. Currently, they have been involved in the transport of military equipment for the invaded Ukraine. This will be the fourth Danish participation at NATO Days, with AS550 Fennec helicopters and two dynamic demonstrations of the F-16 fighter aircraft so far at the Mosnov Airport. 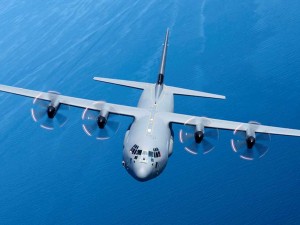 "The Super Hercules aircraft have already appeared at the Mosnov Airport thanks to the NATO Days, but only in the role of support aircraft. Now this variant will be placed on a static demonstration for the first time since 2011, when it was introduced by the US Air Force. At the same time, this will be the first presentation of the Danish Transport Air Force," says Zbyněk Pavlačík, Chairman of Jagello 2000.

The C-130 Hercules family of four-engine aircraft is a true legend among transport aircraft. This tactical turboprop is characterised by its ability to operate on short and unpaved runways. It is a truly multifunctional platform, which in various modifications is used for airborne, reconnaissance and refuelling tasks, or for fire support or electronic warfare.

The C-130 counts more than 65 years of continuous service with its original primary user, the United States. The upgraded version of the C-130J Super Hercules features, among other things, new Rolls-Royce AE 2100 engines and avionics, and therefore improved flight characteristics. To date, more than 450 planes of this version have been produced and are in service in 22 countries.