Eurofighters and helicopter premieres in largest ever German presentation

Germany has confirmed its richest presentation at upcoming NATO Days in Ostrava & Czech Air Force Days so far. The participation is to include as many as five machines for static display. Apart from two Eurofighter Typhoon fighter aircraft – a type already well-known to our visitors - two helicopter types will make their debut appearances – the Bo 105 light helicopter (2x) and one WS-61 Sea King.

“It is a massive support to our show, including two premieres. It will also be the debut participation of the German Navy and Army,” comments Zbyněk Pavlačík, head of Jagello 2000, main organizing agency of the show. “Moreover, these are machines that are rarely displayed. We believe the visitors will appreciate this historically largest German presentation and a truly joint one by the Luftwaffe, Heer and Marine.” 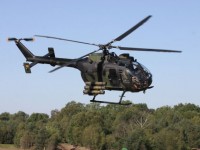 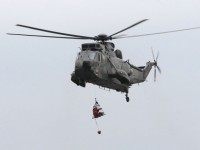 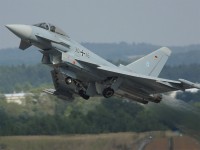 MBB Bo 105 is a light, twin-engined, multipurpose utility helicopter that will be presented by the Army Aviation School at Bückeburg. The six-seat helicopter has been in service with the German Army since 1972. The type has seen worldwide use with many services including police, rescue, search and other. The type has introduced a revolutionary hingeless rotor system.

Another helicopter type – the Westland WS-61 Sea King will be presented by the German Naval Air Wing 5. The WS-61 is based on the US S-61 Sikorski.

The last type to be presented is a familiar sight – the Eurofighter Typhoon aircraft have been visitors to NATO Days in Ostrava since 2007, last being displayed by Austrian Air Force in a dynamic presentation in 2013. The Luftwaffe will be represented by Typhoons from the Fighter-Bomber Wing 31 “Boelcke” that participated at the show already in 2009 with the Tornado fighters.

Rich as it already is, this aircraft presentation will not be still all Germany will present at the show this year. After successful premiere last year, the Saxony Police Force is set for yet another display of their assets, even an extended one. We will bring details as soon as they become available and officially confirmed.