One of the countries, which traditionally announce their participation at the NATO Days in Ostrava & Czech Air Force Days quite soon, is Lithuania and this time there is no difference. Its Air Force will present the same aircraft as last year – transport C-27J Spartan, trainer jet L-39 and AS-365 helicopter.

Lithuania will hence show the whole spectrum of its aerial capabilities, because it has no tactical air force.

“As we may know from the news, Lithuania takes presenting military capabilities and Alliance’s commitment seriously, regarding its problematic neighbour, and we appreciate that our event is one of the venue of this presentation,” says Zbyněk Pavlačík, Chairman of Jagello 2000. “In 2016, it offered two variants of the L-39 aircraft – training L-39C in colours of the Baltic Bees aerobatic group and armed L-39ZA – so maybe there will be some kind of similar surprise again.” 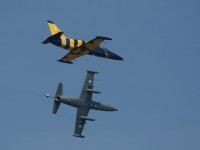 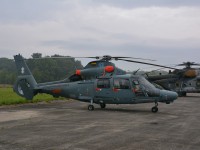 Although there is no premiere participation, it is the complexity of this composition that makes it so attractive. The AS365N3+ Dauphin helicopter is the newest part of equipment of the Lithuanian Air Force serving mostly for SAR operations, but also for environmental monitoring. The C-27J Spartan is a modern aircraft as well, Lithuania has owned this type since 2012 and it appeared already four times at NATO Days.

On the contrary, the L-39 Albatros used for both basic and advanced training, but can perform also light-attack role, represents traditional equipment. Thanks to its origin in factories of Aero Vodochody, new general partner of the event, it symbolizes relations of the Lithuanian Air Force with Czech, or Czechoslovak, aviation industry.

Lithuania as well as other Baltic states does not have its own tactical air force, so its air space is protected by other members of the North Atlantic Alliance. The Czech Air Force also participated at this operation, last time in 2012, when four JAS-39 Gripen aircraft were deployed at Lithuanian Siauliai base. Since January, more than a hundred of Czech soldiers have been training with their Lithuanian counterparts.