At this year's static display, KDC-10 transport and aerial refuelling aircraft of the Royal Netherlands Air Force and German P-3C Orion maritime patrol aircraft will not be presented next to the U.S. aerial giants due to fulfilling operational requirements. In the Dutch case, there was not either a chance to send another aircraft due to the existence of only two of these types as the second one has maintenance issues which, according to the commander of Eindhoven Air Base, cannot be solved prior to the event.

„We truly did not see the cancellation of both aircraft coming at such a short notice, however, we are aware that this still is an equipment in operational deployment and as such one cannot avoid cancellation of already confirmed participation at any public event due to current requirements. They always come first,” explains Zbyněk Pavlačík, chairman of Jagello 2000.

There will not be presented the Su-7 tactical bomber representing the historical equipment either as problems with its relocation from the home base appeared and could not have been safely dismantled. Nevertheless, it will be replaced by another historical piece at the static display, Mi-24D helicopter.

There have also been certain changes made to the composition of the historical flypast commemorating the 100th anniversary of Czechoslovakia. Avia B-534 aircraft cannot take part in the flypast due to health problems of its owner and pilot Stanislav Fiala. His aircraft, however, will be a part of the static display. As a result, Jak-3 aircraft, which should have only appeared in an individual dynamic display, will lead the flypast.

Last but not least, Special Partner Nation, the United States, has cancelled the static presentation of its Stryker armoured vehicle, which will be replaced by sending not one, but two M2 Bradley infantry fighting vehicles. Whereas the first one will appear at the static display, the second one will take part in a dynamic display alongside with Leopard 2 and T-72M4CZ main battle tanks, representing yet another premiere ground forces performance in history of the event. 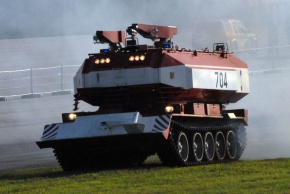 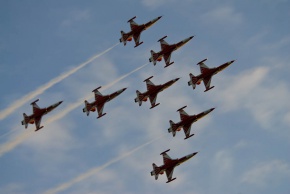