We accepted the confirmation of another exclusive presentation from Norway. Visitors of the 16th NATO Days in Ostrava & Czech Air Force Days can look forward to Czech public premiere of the maritime patrol aircraft P-3C Orion. It had to appear at Mosnov airport already last year, but it was cancelled few days before the show.

This year’s participation should be kind of apology of the Norwegian officials to NATO Days’ visitors for the last year, when the static display of the Orion plane was changed to fly past and then withdrew completely. 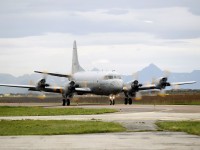 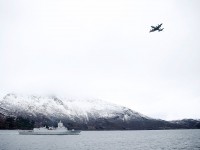 “The Norwegian P-3C Orion is a rare guest at airshows, due to its operational commitments, we were aware of that even last year. But we greatly appreciate the position of the Royal Norwegian Air Force that strive to fulfil its promise to present the Orion at NATO Days,” acknowledges Zbyněk Pavlačík, Jagello 2000 Chairman. “Although its duties are of course its top priority, we believe that this time we will see its Czech public premiere at the Mosnov airport.”

Many aircraft can be seen over the Czech Republic thanks to military exercises, what is not the case of the Orion, regarding its specific purpose. P-3C Orion is a four-engine turboprop aircraft with its primary role being maritime surveillance including fighting submarines. The P-3 is equipped with a magnetic anomaly detector (MAD) in the extended tail, which can detect the magnetic anomaly of a submarine in the Earth's magnetic field. Detected subs can then be attacked with range of torpedoes or depth charges. Thanks to its sensors, the Orion can be also used in support of ground units, or for environment and resources management.

The Orion entered service in 1960s and it has been thus in active service for more than 50 years. Norway operates 6 P-3 Orions with the 133 Wing out of the Andøya base. 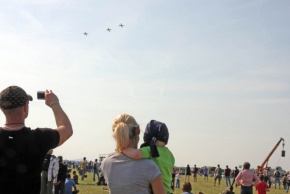