Rocketeers will protect ground forces from an air attack

Members of the 25th Air Defence Missile Regiment based in Strakonice will once again participate in NATO Days in Ostrava & Czech Air Force Days. They will present to visitors their weapon systems which they protect the airspace of the Czech Republic with.

Soldiers from number of ground force and air force units will demonstrate their skills and capabilities during a dynamic display. The ground forces will be protected against an airborne opponent by the S-10M anti-aircraft missile system. 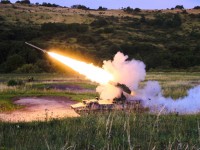 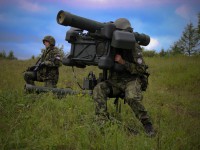 During the weekend show, visitors will also get the chance to visit a static presentation prepared by the members of the 25th Air Defence Missile Regiment. They can try to operate the RBS-70 mobile anti-aircraft missile system as well as have a closer look at equipment which serves for transportation of the system - the Dingo light armoured vehicle and the Tatra 810 ADS truck. There will also be a simulator of the S-2M anti-aircraft missile system and equipment of airspace observer.

Last but not least, members of the regiment will prepare a video projection tent for a presentation of spots from training and international exercises which they regularly participate in. Capabilities of anti-aircraft missile systems' operators are tested in every year's combat shooting which took part in July this year and which ended the most significant exercise of ground anti-aircraft defence units among NATO members called Tobruq Legacy 2017.