Slovakian MiG-29 will once again appear over Mošnov

Current Slovak most powerful aircraft, the Russian super-sonic fighter, is traditional and by visitors warmly welcomed participant of dynamic displays, which has been performing in Ostrava since 2010. Furthermore in 2012, Slovakian pilots simulated aerial combat, or so called ‘dog fight‘ and a year later joined flyby alongside Czech Air Force to celebrate 20th anniversary of both republic’s independence and ten years of Slovakia in NATO. 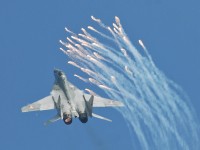 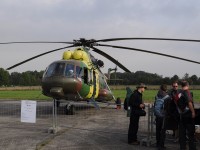 “Despite the fact that Slovakian aircraft MiG-29 will appear above Mošnov’s airport for the sixth time, the display of flying abilities of these planes is always very impressive and reaps visitor’s acclaim every year,” stated Zbyněk Pavlačík from Jagello 2000. “We suppose this year won’t be an exception.”

MiG-29AS aircraft, whose avionics was improved by Slovak Air Force, will present themselves during dynamic display and will be accompanied by static display of two-seat MiG-29UBS, which belongs among Slovak improved versions as well, and by transport helicopter Mil Mi-17.

Due to the current modernization of Slovak Air Force, we may be witnessing one of the last exhibitions of these aircraft in Slovakian forces. Slovakia tries to unchain from Russian equipment, which are running out of durability, therefore the MiG-29s will be soon replaced by Western-type aircraft; and outgoing helicopters Mil Mi-17 by nine newly bought American multi-role helicopters UH-60M Black Hawks. 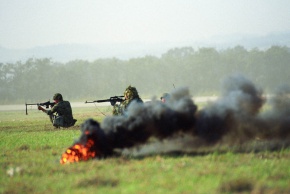 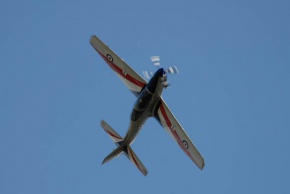