The Special Partner Nation, whose role in this year's NATO Days in Ostrava & Czech Air Force Days accepted Slovakia, will bring an extensive presentation of equipment of its armed forces and other security forces. In addition to the confirmed displays, visitors can look forward not only to the premiere of the UH-60 Black Hawk helicopter or aircraft of the Slovak Government Flying Service, but also the last public appearance of Tu-154.

Slovakia represents this year's Special Partner Nation, which has become an integral part of NATO Days over the last three years. Beside the Slovak Air Force, there will also be Slovak ground forces, artillery and air missile defence units included. Civil security forces are not omitted either. “Our show puts emphasis on the international security cooperation. Common history as well as close security relations between the Czech Republic and Slovakia, the Special Partner Nation, will be demonstrated, for example, in joint dynamic displays of both the police and customs services,” says Zbyněk Pavlačík, the chairman of Jagello 2000. 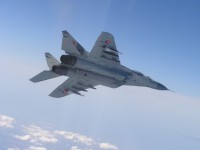 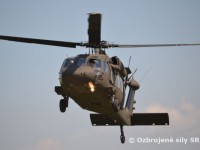 The Slovak Air Force, which already confirmed a dynamic display of its MiG-29 at the beginning of this year, extends its original presentation. Visitors will thus have a chance to take a closer look at this fighter aircraft because it will be on a static display as well. The UH-60 Black Hawk helicopter, which will have its international premiere at NATO Days, will be another huge attraction. These Sikorsky helicopters, nine of which the Slovak government ordered in 2015 and which has been currently delivered to the air force, represent re-armament of the country to Western-made equipment. “Such transition will be reflected during the show even more as there will also be the Mi-17 multirole helicopter, whose kind is being replaced by the UH-60s,” adds Pavlačík.

Similarly to the air force, the Slovak Government Flying Service will also bring four of its transport aircraft. Visitors will get the chance to see Airbus A-319 during a flypast as well as static displays of the Mi-171 helicopter and Fokker 100, which marks another premiere at NATO Days. The participation of Tu-154 transport aircraft represents on its own an extraordinary occasion. This type of aircraft was used by the Czech Air Force until 2007 but was never shown at NATO Days. This year, it will be both its premiere and last public appearance before leaving the service, and thus the last chance to possibly enter its deck.