Sunday's NATO Days programme will close with the flight of helicopters

The weekend programme of the NATO Days in Ostrava & the Czech Air Force Days will be closed with a joint flight of six helicopters consisting of Mi-24/35, Mi-171, W-3A Sokol, UH-60 BlackHawk, AS332 Super Puma and AW109. Visitors who will last until the end of the Sunday programme will be offered an impressive view.

This year's busy program of the weekend show will be closed symbolically with  the joint fly-by of six helicopters from four states. The final parade, in which the sky will be filled with helicopters, will consist of three Czech helicopters Mi-24/35, Mi-171 and W-3A Sokol. From abroad, the flight will be completed by the Swiss AS332 Super Puma from the Super Puma Display Team, the Belgian AW109 from the A-109 Solo Display Team "Razzle Blades" and the Slovak UH-60 BlackHawk. 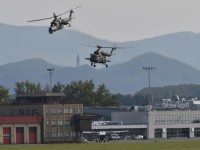 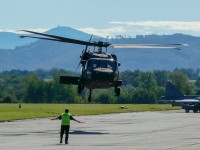 "We have prepared two such final points for this year's program, one already on Saturday, and at the end of the weekend programme - the joint helicopter fly-by," explains Zbyněk Pavlačík, Chairman of Jagello 2000.

All helicopters that will take part in the final flight will also be introduced during the weekend during their demonstrations. 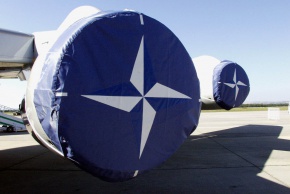