The 20th edition of NATO Days, European experiment with a great success

Due to the COVID-19 crisis the NATO Days in Ostrava & Czech Air Force Days, one of the most visited public events in Czech Republic, took place without the presence of the general public for the first time. Nevertheless, it was met with a great reception. Since the beginning of the preparation process it was an experiment on the European scale, which no one had any experience with. The organizers as well as the professional public speak of a great success because the live stream of the event was watched by over 900 thousand viewers.

The 20th jubilee  edition of the NATO Days in Ostrava & Czech Air Force Days took place at the Leos Janacek Ostrava Airport during the weekend of September 19-20. Even though the event was endangered by the coronavirus situation, the organizers decided to keep intact the continuity of the event and to hold it without the physical presence of the general public at the event's venue, but rather for the viewers. 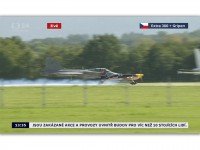 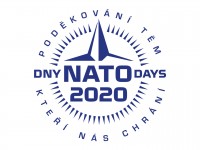 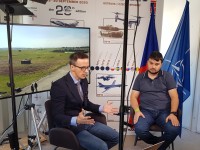 “The majority of organizers of similar events in Europe cancelled their shows and instead prepared commemorative television broadcasts, which often reached viewer rates of only few thousands. We were convinced that a live broadcast possesses higher value. Based on the traditionally high viewer rates of the Czech TV live broadcasts from our event we decided to go on with the show not for the visitors, but for the viewers. I cannot deny that we were tensed about the outcome to the very last moment,” said Zbyněk Pavlačík, Chairman of Jagello 2000, the main organizer of the event.

Organizers in cooperation with partners prepared selection of live broadcasts, which were streamed via the Czech national TV, iDnes portal and social media. The viewers could watch the action on the ground as well as in the air. Wave Relay technology, which was used for the first time ever at such event, on principle of a body worn camera, allowed the viewers to see what some of the displaying personnel see during the dynamic displays. The verified view rates surprised also the organizers themselves. After the summary of all the channels used for the live broadcast the final number shown was 913 thousand, of which only the Czech national TV accounted for 701 thousand viewers based on the people meters.

"The live broadcast of NATO Days has definitely found its fans. In particular, live broadcasts on ČT24, where it reached an 8% share of the television audience, are above average for the news channel in the long run,“ says Pavel Herot, director of the media-analytical company Media Tenor. "I expect growth in the future for all platforms on which NATO Days were broadcast. All of them are available in real time via the Internet, which, with the increasing availability of data, is also interesting for visitors, who will hopefully be able to come and see the next year in person," added Herot to future perspectives.

"I firmly hope that this year's experience of holding an event without visitors will never be repeated. However, the experience with online broadcasts gained this year will be important for the future. Thank you to everyone who took part in the event for believing in us and helping to bring the event to a successful end, "said Zbyněk Pavlačík, Chairman of Jagello 2000. 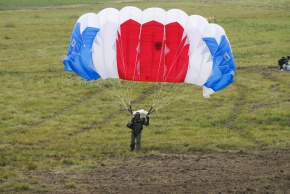 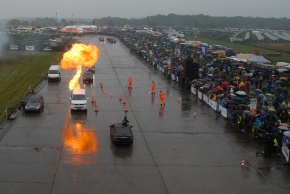