The Prague Castle Guard to show its motorbikes and uniforms

The Prague Castle Guard will present its activities for the 5th time in a row at NATO Days in Ostrava & Czech Air Force Days. Its motorcycle unit will again perform the escort of the top state officials, further it will present its equipment and uniforms.

The exhibition escort of the President of the Czech Republic and the high representatives of the foreign countries during official visits will be enriched by the presentation of the eight BMW 1200 RT motorcycles. The visitors may also see Land Rover Discovery car during the exhibition, altogether with Škoda Superb with the hidden beacons. 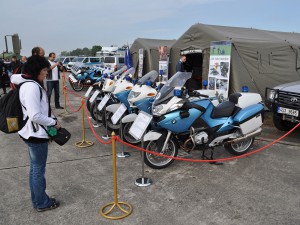 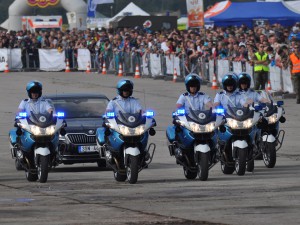 There will be also an opportunity to go through all Castle Guard presented equipment on the static display including the historical motorcycles. Weapons and uniforms are also part of the exposition.

„In spite of considering the Caste Guard as mostly ceremonial unit, it is a very important part of the security services. Due to the reason that it is quite rare to see the Castle Guard presentation on public, its display is always highly demanded by public at every NATO Days,” appreciated Zbyněk Pavlačík from Jagello 2000.

The Castle Guard is a specific unit of the Czech Armed Forces and is directly subordinated to the Military Office of the President of the Czech Republic and includes over 600 employees. The history of the Castle Guard is exposed at the permanent exhibition in the Powder Tower in the area of the Prague Castle. The exhibition was opened during the 90th anniversary of the unit’s formation. The visitors may take a look at the history of warfare in connection with the protection of the Prague Castle.