Multipurpose helicopters undoubtedly form the backbone of the helicopter air force of all armies of the world. Due to their variability, they can provide a wide range of tasks, including the transport of ground forces, material, combat support, but can also be used as a command centre. Among the most popular multipurpose helicopters belong also representatives of the Puma helicopters family and its enlarged version - Super Puma. 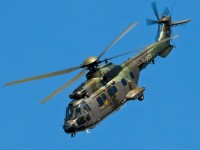 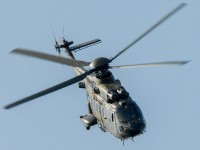 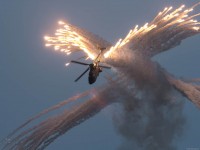 Eurocopter AS332 Super Puma, now days known as Airbus Helicopters H215, is based on the smaller multipurpose helicopter Aérospatiale SA 330 Puma. It was developed and put into service in the late 1960s, Super Puma was introduced ten years later. This French helicopter is powered by a pair of 1376 kW (each) Turbomeca Makila 1A1 engines and runs the main four-blade rotor and the five-blade tail rotor. Compared to its predecessor, the Super Puma is also better prepared for dangerous situations thanks to enhanced fuel tank protection or more durable rotor blades. The helicopter control system is equipped with an advanced autopilot, GPS or collision warning system. The cockpit equipment is then compatible with night vision goggles.

AS332 Super Puma was deployed in several military missions. Among the most important are operations in Afghanistan, where it played a supporting role for coalition units. This helicopter is also used for non-military purposes, so it can be found in the service of civilian operators, police and other security forces of Germany, Serbia, Japan and others. Within the armies of NATO, Super Puma is being used in various modifications by France, Greece and Spain. However, it can also be found in the air forces of Mali, Saudi Arabia, Switzerland, Brazil or Indonesia. Over one thousand Super Puma helicopters had been produced and this type is used across 56 countries worldwide. 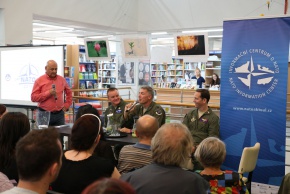