British Royal Navy Will Land At Mošnov Airport For the First Time!

“We had been negotiating with Royal Navy since November, therefore we are very pleased that they finally decided to join us at NATO Days, moreover with Lynx Mk8 helicopter and on the top on dynamic display,” stressed Zbyněk Pavlačík from Jagello 2000. “Navy Lynx has been on our wish list for a long time, thus we cannot be more honoured that the United Kingdom is sending one aircraft for dynamic display and even Germany another one for static display,” added Pavlačík. 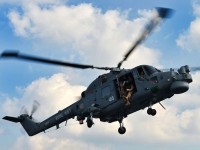 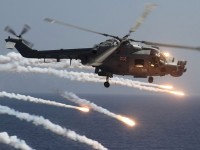 The helicopter Lynx of AgustaWestland’s production has been in Royal Navy service since 1970s and very soon became a backbone of the Fleet Air Arm. Since that time, Lynx successfully demonstrated its abilities during the Falklands War or two conflicts in Gulf. The helicopters are also currently deployed in the front-line operations by the frigate and destroyer fleets, operating over the ice of Antarctica or in counter-piracy operations near the Horn of Africa.

Besides interesting fact that Lynx is one of the fastest helicopters in the world, it is also a truly multirole aircraft, capable of taking on enemy ships (with Sea Skua missiles), enemy submarines (with torpedoes or depth charges), and also smaller surface targets. It can carry a Royal Marines boarding team, who abseil rapidly down ropes on to ships below.

The helicopter operates from all Type 42 destroyers and Type 22 frigates, plus the ice patrol ship HMS Endurance. It also flies from some Type 23 frigates and Type 45 destroyers. Besides the United Kingdom, France, Germany or South Korea are among other significant Lynx users. 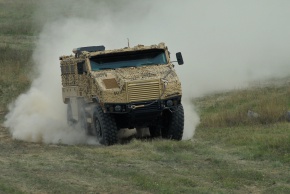 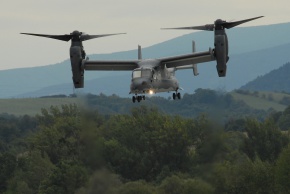