Polish Sparks and F-16 will shine over Mošnov

The Polish Air Force prepared two interesting flight premieres for this year's NATO Days in Ostrava & Czech Air Force Days. It will present the White-Red Sparks aerobatic team and the F-16 Fighting Falcon. The latter will also be seen on a static demonstration.

The White-Red Sparks are after the Croatian Wings of Storm the second aerobatic team which will debut at this year's NATO Days. The historically first dynamic display of the Polish F-16 will then expand the already confirmed list of this aircraft's flight displays by the Belgian and Danish Air Forces. 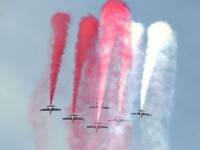 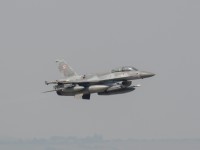 “One can hardly imagine NATO Days without Polish representatives which has prepared two premiere demonstrations for this year's special event. It will please fans of both the combat aircraft and aerobatic teams,” says Zbyněk Pavlačík, the chairman of Jagello 2000, and adds: “Traditionally, not only Polish Air Force will be attending NATO Days, we also expect other branches which, however, will be announced after they are officially confirmed.”

The White-Red Sparks are after the Orlik team, which could have been seen at NATO Days in 2015, the second Polish aerobatic team which will perform for visitors at Mošnov. The group was established in 1969 and during its long history it has undergone several changes in both the name and size. Since the beginning, pilots fly the two-seat TS-11 Iskra aircraft which serve as jet trainers for both initial and advanced training of Polish pilots. The red-white painting of these aircraft, which were modernised in 1990s, refers to colours of the Polish national flag. Nowadays, the team consists of six aircraft and represents the Polish Air Force at events both at home and abroad.

The single-engine multirole fighter F-16 Fighting Falcon will be another Polish participant, which will present itself at static display and newly in a flight demonstration. These US-made aircraft, which Poland lastly presented at NATO Days two years ago, should have gradually replaced the Soviet-made MiG-29s, nevertheless, the Polish Air Force still operates both platforms.