Even this year’s NATO Days in Ostrava & Czech Air Force Days will not miss a popular F-16 aircraft. The Royal Danish Air Force will present it at dynamic display and becomes the fourth foreign participant.

The F-16 aircraft have taken part of all NATO Days editions since 2007 and it was for the first time last year when this jet did not perform in flying display. On the contrary, in 2014 was the year of the last Danish F-16 visit and three demo teams with this aircraft showed their skills – the Danish one was joined by the Greek and the Dutch. 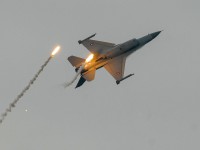 „The Northern European countries, with an exception of Sweden, don’t belong among regular participants of NATO Days, but every time they show up, they bring something special – the Norwegian P-3C Orion, flying display of the Finnish F-18, or this Danish F-16,” says Zbynek Pavlacik, Jagello 2000 chairman. “Regarding the manoeuvrability and power of the aircraft, we can again look forward to a wonderful performance at the edge of this jet limits.”

The Royal Danish Air Force operates 30 modernised multi-purpose F-16 jets. They can be used both as fighters and bombers and in these roles were deployed in recent years – in the Baltic Air Policing or in operations in Libya or air attacks against the Islamic State. Despite the fact, that the F-16s are still being produced, Denmark already intends to replace them with new F-35 aircraft. 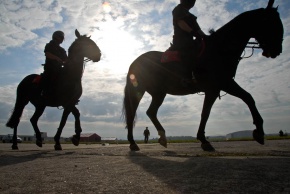 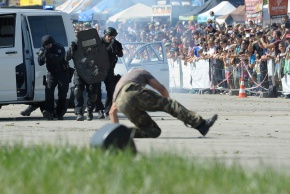